RICE vs. MEAT: Which is the Faster Recovery Method? 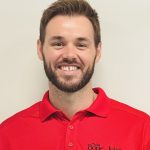 For the majority of people out there who have sustained an acute injury, such as an ankle sprain, you have probably heard of the RICE method. This method quickly became the go to protocol for quick assessments of such injuries as of 1978 when it was created by Dr. Gabe Mirkin, MD​ in his best selling “Sports Medicine Book.” The guidelines for this protocol have since been used by coaches, athletic trainers, and physical therapy clinics with the intent of expediting the recovery process and reducing inflammation for acute injuries. However, as people are paying closer attention to results and the long- and short-term effects, they are finding it may not be the best way to address such injuries. A new era of treatment is evolving, where the MEAT protocol is proving to potentially be the better path.

There are varying opinions/problems with RICE:

There is a substantial amount of evidence to support the new era of MEAT, and that gentle movement and exercise help expedite recovery, improve range of motion and blood flow, and prevent instability in the joint post injury. Movement should be started as quickly, and without exceeding pain tolerance, as possible. Gentle movements will allow for a small amount of load on the ligament, which could help the tissue grow back in a stronger way.

Rest is important when it comes to an acute injury, but in moderation. This is because collagen fibers (scar tissue) can quickly build up if a joint is left in the same position for extended periods, ultimately threatening long term stability. Evidence has shown that the more movement to the injury, the stronger and more flexible it will be in its healing process.

Analgesics are pain relieving medications that can be helpful to allow for movement and exercise before pain starts. Though these should not generally be anti-inflammatory for reasons listed above, as inflammation is important to the healing process. Over the counter medications that are good options include Advil, Ibuprofen or Tylenol, but always consult with your doctor first to decide which is safest for you!

The last two steps, Exercise and Treatment, go hand in hand, as a structured exercise determined by therapists in a treatment setting will show greater results than rest alone. A structured exercise routine will create functional stability and strength with a regimen and manual techniques provided by a certified therapist, and potentially prevent recurrent injuries. Therapeutic guided exercise is an excellent form of rehabilitation that minimizes the detrimental deconditioning effects of rest and immobility. These include muscle atrophy and weakening of connective tissue, such as tendons and ligaments.

While there is still not sufficient side-by-side evidence to prove that MEAT is in all cases superior than RICE, there is sufficient evidence that shows that movement, exercise, and treatment from a physical therapist leads to a faster, more complete healing than rest, elevation and compression.